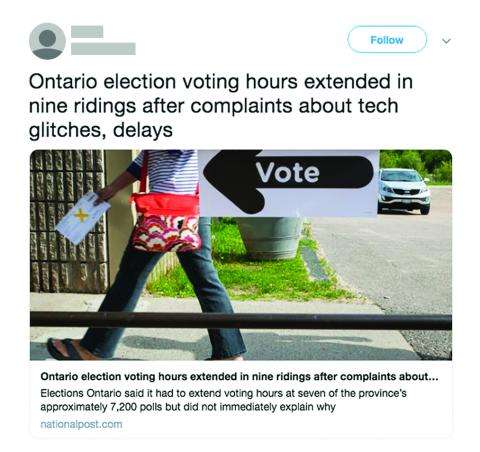 You see a tweet that says voting hours will be extended in today’s election. It would be great if you were able to vote a bit later, but if it isn’t true, you might not be able to vote at all! 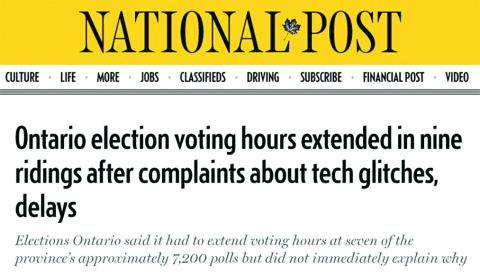 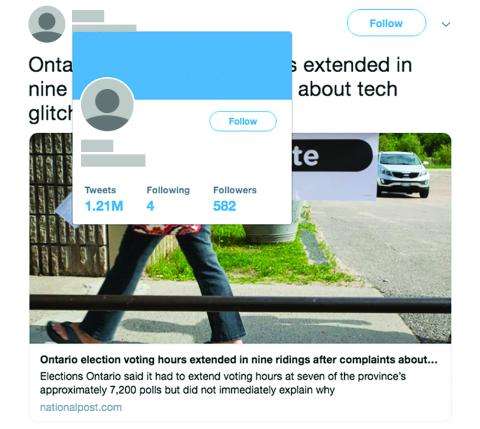 You decide to look into the Twitter account. The user has tweeted a lot, but has no profile picture, has very few followers and follows almost nobody. These are all signs it might be an automated “bot” account. 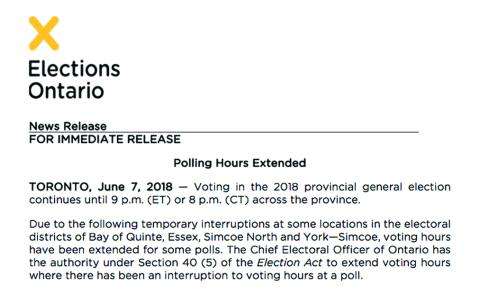 Federal and provincial elections are overseen by different electoral bodies. When you go to the Elections Ontario website, you see a media release saying that the opening hours for polls have been extended in some ridings.

Poll hours were extended in the 2018 Ontario election in some ridings. But there have been cases where false information about voting times and places has been spread through social media. Your vote is important, so be sure to double-check!

When you get information from social media, don’t pay too much attention to who shared something with you. Instead, find out where that info came from and then decide.

You can also double-check with a source that you know you can rely on, like Elections Canada or a provincial or territorial elections office. 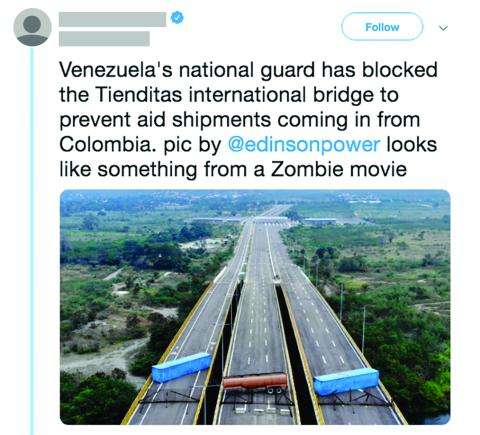 You see a tweet claiming that the Venezuelan government has blockaded a bridge that would have been used to ship food aid into the country. You want to know more. 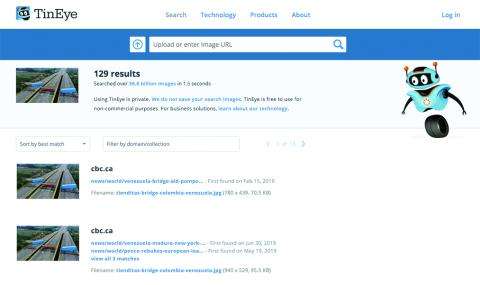 Doing a reverse-image search shows you that the photo has appeared in many news media, including The New York Times, the CBC and CNN. It was taken by a photographer who works for the AFP news agency. 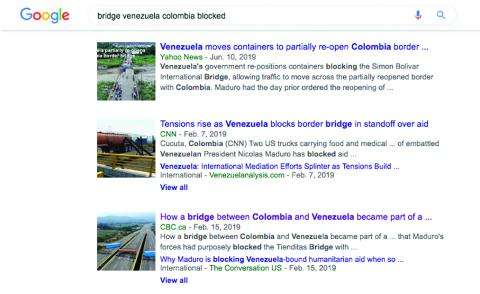 You do a search for “Venezuela bridge blockade” and find that many news media are covering this story, including ones that you know are reliable. 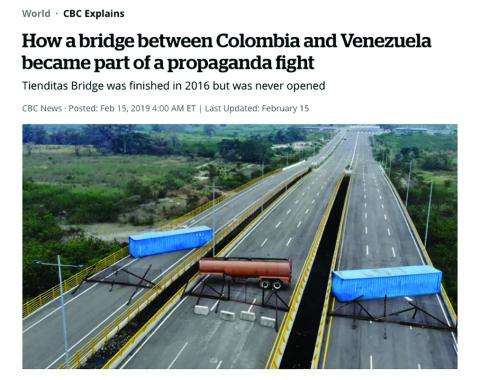 When you search for “bridge Colombia Venezuela hoax,” you find a CBC story that says the photo is real. The Venezuelan government did block the bridge, but the bridge has never been open.

Everything in this story is true, but reading different stories and looking for fact-checking tools can show you that some key details were left out. The Venezuelan government did add extra barriers, and has blocked delivery of some food aid, but the bridge in this photo was never open. 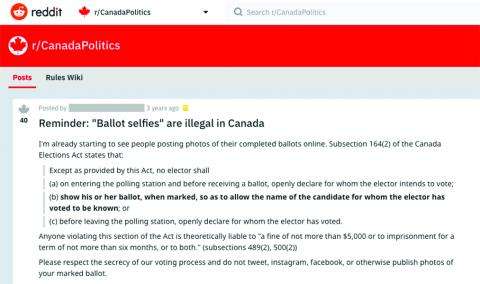 You’re looking forward to sharing your first time voting with everyone in your social media network. Then you see a Reddit post saying it’s illegal to post a selfie of your ballot. How do you know if that’s true? 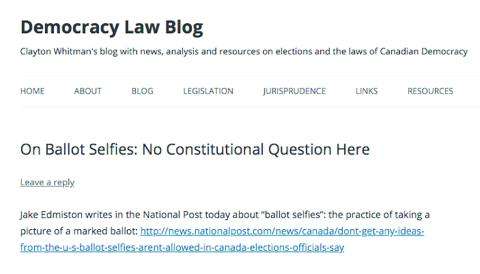 You follow the link to an article on a site called Democracy Law Blog. 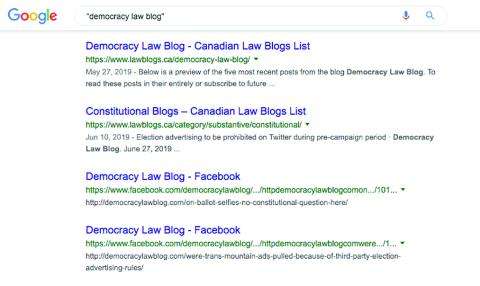 You do a search on Democracy Law Blog, but you only find links to the blog itself. The blog’s author is a lawyer who publishes news and opinion on election law. There is no Wikipedia article on this topic. 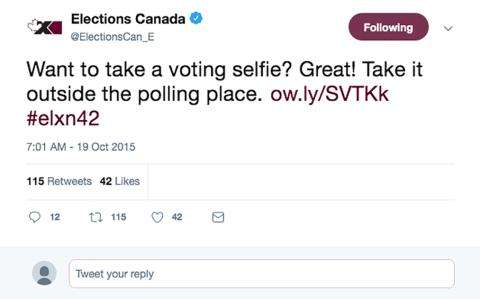 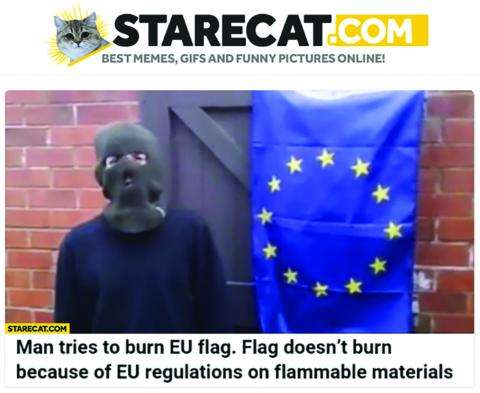 In 2016, the government of the United Kingdom held a referendum about whether the UK should leave the European Union. In 2018, this video of a man failing to burn an EU flag was a widely shared meme. Did this flag burning really happen? 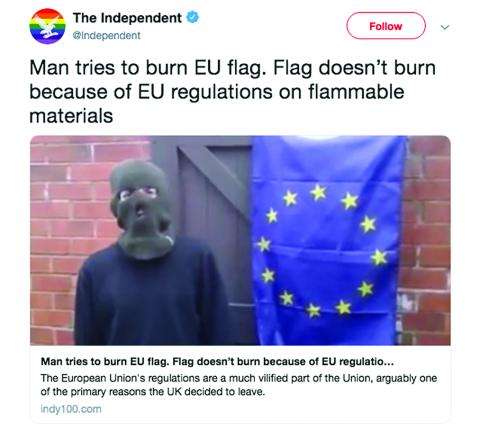 Doing a search leads to a story on The Independent’s Twitter feed. 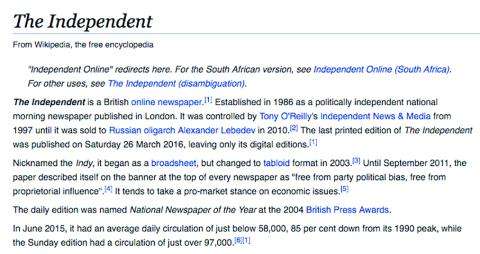 You do a search. Wikipedia says The Independent is a “politically independent national morning newspaper published in London.” When you check the Talk page on Wikipedia, you see that the editors haven’t had any disagreements about the article’s accuracy or bias. 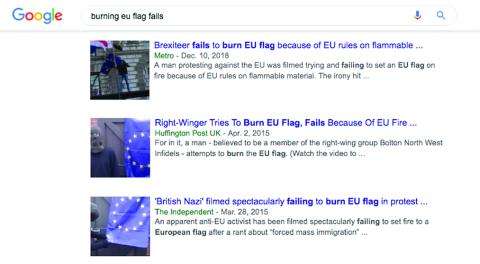 When you search for “burning EU flag fails,” you find that several news sources have covered this. The earliest story is from a few years ago.

This video is real, and the flag burning did happen—but it’s not news.

The man in the video was filmed in 2015 trying to burn an EU flag. The video was spread again in 2016, during the UK referendum, and again in 2018. Both times, reliable news sources shared the video as a news story. A number of details in the stories were untrue.

Even reliable news sources sometimes make mistakes and spread fake or misleading stories. They assume that the first source double-checked the facts, and don’t check for themselves. 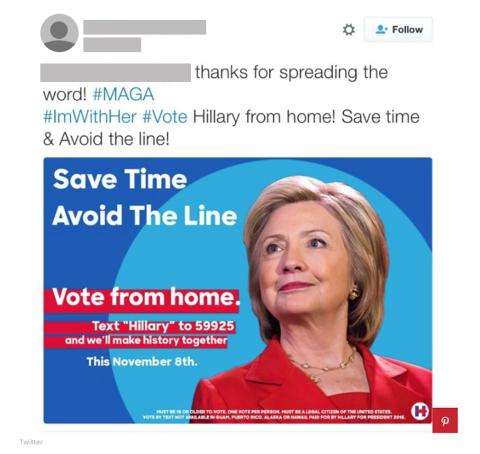 In the lead-up to the 2016 US presidential election, many tweets were shared saying that you can vote from home by text. The photos contained Hillary Clinton’s official logo and image. Was it true? 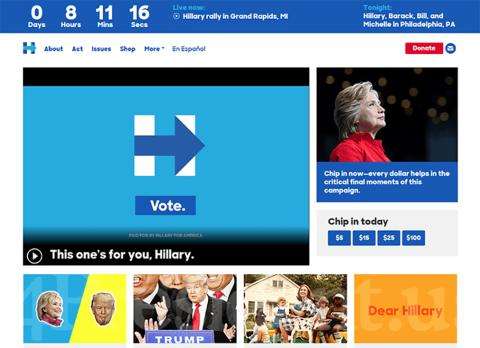 You go to Hillary Clinton’s website. You can’t find the ad on the site, or any mention of voting from home. You wonder if the photo about voting by text is a hoax. 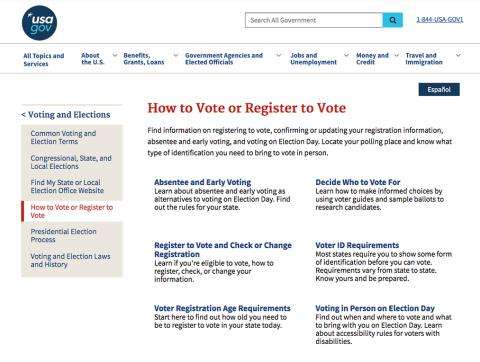 You go to the US government website and find voting information. You find a lot of information about how to vote, but nothing about voting by text. 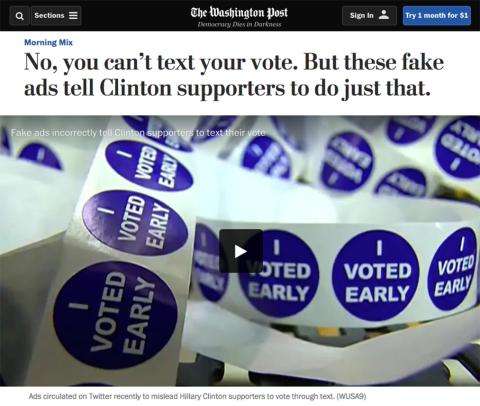 When you search for “vote by text hoax,” you find an article from the Washington Post. It says that there is no such thing as voting by text. According to the article, the ads are targeting Hillary Clinton’s supporters.

During the 2016 US federal election, many fake posts like this one went around. Their aim was to make people think they had cast their ballot when in reality, they hadn’t. Hoaxes like this have targeted candidates from all political sides.

Even if a post looks real, when it’s about an important issue like your vote, you should validate the information. Double-check and consult sources you know you can trust.