A voting activity for early learners

The purpose of this election simulation is to introduce kindergarten to grade 3 students to the basic principles of a real election. Students are invited to choose a mascot that will best represent the spirit of their class by voting by secret ballot for one of the five candidates: Charlie the Raven, Desneiges the Polar Bear, Max the Walrus, Neevee the Caribou or Sam the Grey Wolf.

Students will gain a basic understanding of democracy by experiencing how voting can help a group make a choice. They will practise using simple elections vocabulary and marking a ballot. They will also practise decision-making by comparing the qualities of the five candidates as they vote for a class mascot.

60 minutes – Teachers who would like to create a longer session may expand on the election campaign.

All students are voters. Several students are also called upon to carry out various tasks during the election. The idea is to involve as many students as possible.

The simulation Choosing Our Mascot is aimed at children ages 4 to 9. However, since the maturity level of participants may vary from one group to another, this kit indicates the level of complexity for each step by grade level.

The following materials are provided in different formats to help meet your needs. You can also find all essential materials for this lesson at the bottom of the page.

Photocopy and cut the number of ballot papers your group needs. Prepare an extra 10 percent in case of spoiled ballots. If you are using the online activity sheets, print enough for your students.

Create two distinct areas in the room. The electoral campaign will take place in the first area. The election will be conducted in the second area. Make sure that no materials promoting a particular candidate enter the voting area.

Put up the candidates’ posters in the campaign area. Make sure each candidate is given equal visibility.

Set up the polling station in the voting area (see the diagram provided). This includes making up the ballot box and leaving the top open until it has been shown to be empty. Leave a pencil behind the voting screen.

Have the students make up their own piece of identification showing their name and grade/class number.

Setting up the polling station

Here is one way you could set up your polling station. Your classroom might look different. Set up the polling station so that everyone’s vote is secret and the election runs smoothly. Place the ballot box on a table. Place the voting screen and a pencil on another table. Make sure the voting screen is facing away from everyone and that there is enough room for the voters to line up before they vote. Make sure that voters can access the ballot box after they have voted.

Fold each ballot in three.

Explain to the group that they will have an election to choose a class mascot. They will vote in secret for the candidate of their choice: Charlie the Raven, Desneiges the Polar Bear, Max the Walrus, Neevee the Caribou or Sam the Grey Wolf. Students can practise reading the candidates’ names in Inuktitut using the syllabarium chart provided.

Ask the students these questions to help them understand the basic principles of a real election. You can pre-teach the vocabulary using the Election vocabulary handout provided.

A. What is an election?

An election is an activity where a group chooses a person to speak for them about important things that affect their lives.

B. What does voting mean?

Note: Tell students that there would be no election if there were only one candidate.

C. Who has the right to vote in a Canadian federal election?

The names of these people have to be on the voters list for them to use their right to vote.

D. What is a candidate?

A candidate is someone who runs for office.

Examples: a person who wants to be elected as a member of Parliament; someone who wants to represent their class.

E. How do I mark my ballot?

To mark your ballot, make an X in the circle beside the name of the candidate you are voting for.

Show students the handout “Samples of marked ballot papers” for examples of how to mark a ballot. Tell them that if they make a mistake when they mark their ballot, they can get a new ballot paper.

F. Why do I vote in secret?

You vote in secret because your vote is your personal choice. No one else needs to know how you vote.

You have the right to make this choice:

G. How is my vote kept secret?

The election campaign introduces the five candidates to the students in a fun and age-appropriate way. This kit contains a poster for each candidate and a copy of each candidate's campaign speech. Five students may hold the posters while you or five participants read the speeches with lots of expression. Have the group listen to and take part in the candidates’ short campaign songs. Both the campaign speeches and songs can be accessed online. The words to the songs and the gestures that go with them are also included in this resource. Encourage all students to get involved in the campaign. Explain that many people are involved in helping every candidate during a real election.

When the five speeches and songs are over, explain that the campaign is now finished. It is time to vote for their favourite candidate. To help with classroom management, you can have students work on their activity sheets while waiting to vote or after they vote.

To keep things simple, this section has been divided into two subsections by grade level:

(A) For kindergarten and grade 1

Once every elector has voted, the votes are counted using the following procedure.

(A) For kindergarten and grade 1

Allow the class a few minutes to celebrate and wind down. Use this time to ask what they thought of the election. Help them understand that even though only one candidate was elected, all five candidates are happy because they participated.

It may be a good idea to serve refreshments or have balloons or make this period feel like a celebration in some other way. The objective is to help students understand that voting is secret, simple, easy and important, and that winning is not the only thing that matters. Exercising our democratic right to vote is what is most important

Inuksuk (plural: inuksuit) means “to act in the capacity of a human.” For thousands of years, Inuit have used inuksuit as markers throughout the Arctic. These handmade stone structures helped hunters, guided travellers, and allowed people to communicate with one another across time and distance. Today, inuksuit remain important landmarks across the Arctic.

About the artist: Germaine Arnaktauyok 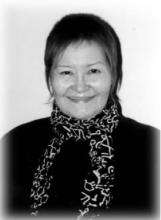 Germaine was born in Igloolik, Nunavut. Being part of the art world has given her a reason to travel widely and far from the community of her birth.

She studied Fine Arts at the University of Manitoba. A perfectionist in her art, Germaine constantly strives to learn new techniques, including the art of intaglio etching with a master printer in Montréal and, more recently, lithograph printing on Mylar. Both techniques allow her to etch her finely detailed work (she usually works in pen, ink and pencil) directly into the medium and thus create multiple original prints in limited editions.

Germaine has worked as an artist in Iqaluit and Yellowknife as well as in major cities in British Columbia, Alberta, Ontario and Quebec. She has illustrated over 30 children’s books and has completed work on a book by C.W. Nicol called The Raven's Tale, simultaneously released in Canada and Japan. Her travels have taken her to Israel to do a poster for El Al Airlines, to Greenland and Sweden on an art exchange, and to Washington, DC, as part of a delegation of Canadian artists. She also designed and executed a beautiful mural in the Inuit Art section of the Prince of Wales Northern Heritage Centre in Yellowknife. Germaine has had successful shows in Montréal and Vancouver. While in Montréal, she worked for the National Film Board, designing a stage and puppets with Co Hoedeman for the animated film The Owl and the Lemming, based on the Inuit legend. Five of Germaine’s works were acquired for the Art from the Arctic exhibition, which toured five countries.

Germaine created “The Drum Dance,” the design that graces the back of the 1999 $2 coin, as well as “Mother and Child” for the 2000 $200 gold coin – part of the Royal Canadian Mint’s Native Cultures and Traditions series honouring Inuit motherhood.

In 2015 she released her autobiography, My Name Is Arnaktauyok: The Life and Art of Germaine Arnaktauyok (Inhabit Media).

To use this lesson: